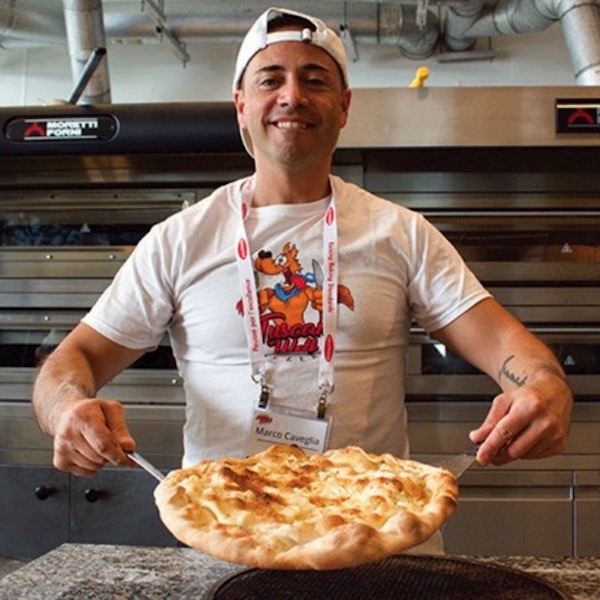 There is an art to pizza making; an art that Tuscan Wolf’s Marco Caveglia has crafted since his beginnings in the Tuscany region of Italy. Growing up on Elba Island off the coast of Italy he spent his days working alongside his family who owned a variety of restaurants. Upon finishing school, Marco attended the Scuola Italiana Pizzaioli (Italian School of Pizza Chefs) and became a master in three different pizza styles. After graduating, he opened a restaurant in the Chianti region of Italy, which he operated for 15 years.
In 2012, he moved to Canada to explore opening his own restaurant, featuring his own unique perspective on pizza making. Located just west of the four corners at Dundas Street West and Brock Street North in Downtown Whitby, Tuscan Wolf is a delicious and fun addition to the neighbourhood.